Five years after the release of Heads Of Woe, Geppetto and the Whales finally resurface with their sophomore album called ‘Passages’ which is coming out 18th Jan. Recorded and produced by Brian Joseph (Colin Stetson, Bon Iver, Sufjan Stevens), it captures the band in the outskirts of Eau Claire (Wisconsin – USA). Furthermore they are supported by collaborations with several guest musicians such as Ben Lester (Tallest man on Earth), Rob Moose (The National, Arcade Fire), Trever Hagen (Bon Iver) and Jeremy Boettcher (S. Carey). 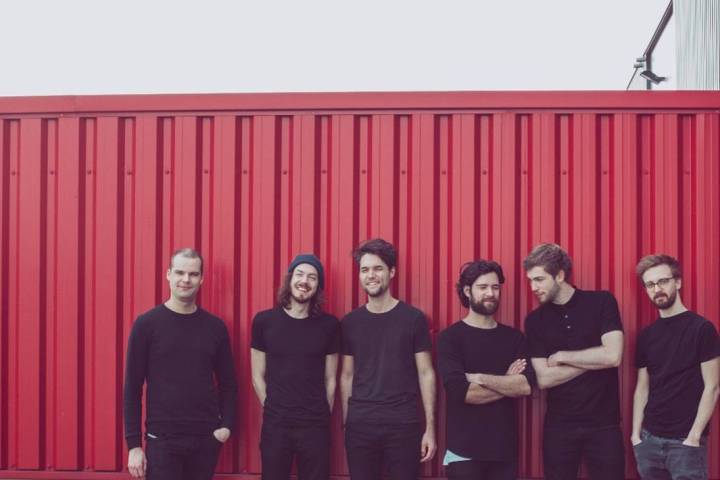 The album further explores songwriting in its purest form, combining the bands wide influences to craft songs that breathe, often peaceful and moving, uplifting or darker at other times. It’s the type of quality music and composition that has seen the band gain regular national airplay (Radio 1, Studio Brussell etc.) and play major festivals in Europe (Pukkelpop, Boomtown, Eurosonic etc.). The band were also recently recognized by Coldplay who posted the video for their track ‘1814’ on their website.

‘Faust’, the first single from the album and opening track is a stripped back and contemplative introspective track that sets the bar high in terms of being incredibly beautiful. It’s set in a lo fi production oozing with honey-like pedal steel, subtle jangly guitar and restrained strings and conjures up picture-esque campfire and log cabin reflection. The track has a deep-rooted power in its softness and understated harmonies which are encased in a brooding cinematic melancholy as it speaks on the careful balances that must be achieved in life and love: “too much wind kills a spark”.

The accompanying video directed by Michiel & Jaan is an exploration of the innocence and freedom of youth with stunning visuals of a young inquisitive man investigating a forest, playing with fire, cigarettes and insects as the track softly soothes the imagination, a perfect ode to the misunderstood, spending time alone and for cherishing the delicate spirit of nature.

On the track and video, Alexander Sterkens, (guitar / vocals) says “Too much wind kills the spark, too few no flame. An excerpt from Faust, which I wrote when I was sixteen, playing with matches at my old home. Ultimately the second half of the line was omitted, but the idea behind the lyrics stayed the same: how much do you have to give, and how much may you take in order to maintain relationships. Michiel Venmans used this anecdote as the starting point for the clip. We see a young boy wandering, looking for answers revolving around the balance between adolescence and adulthood.”