Originally from Los Angeles but currently stationed in Palo Alto, Son Kuma releases a visual for his Griffin Stoller-produced “Trippin.” Like the title, Son Kuma takes viewers through a mind-altering visual laced with trippy colors and visual aids in the Punya Chatterjee-directed effort. Inspired by an acid trip with an ex-girlfriend, the woodland scenic visual is a bit of a double entendre, playing on the idea of a hallucinatory “trippin” and the wild things in life that send us skipping. 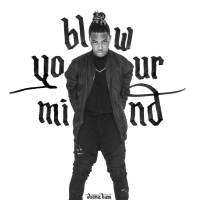