City James is a 23 year old rapper from Los Angeles who made his debut this past year with singles “NINETYSIX” and “Bass In My Trunk”, both highly acclaimed tracks supported by the likes of TeamBackPack, Boi-1da, The Creative Magazine, and dozens of other highly influential media networks. His spoken word video, “State of Emergency”, went viral and even caught the attention of Russell Simmons; a true testament to City’s naturally powerful talent.
City is ending the year strong with the debut of his Fearrari EP, with the titular single available now via HOF Records. The “Fearrari” track itself is a hard-hitting effort, and the project is something City himself is definitely very proud of, saying…
“‘FEARRARI’ is about breaking free from the everyday and doing what you vibe with and saying fuck the rest. Same for the project as a whole. Often times we as people are driven by FEAR instead of being steered by faith and your purpose. We gon fuck up, make mistakes, keep it moving and learn. That’s what all this is about. All while doing it with the ones you came up with.” 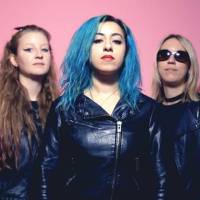 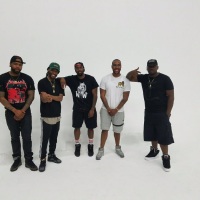